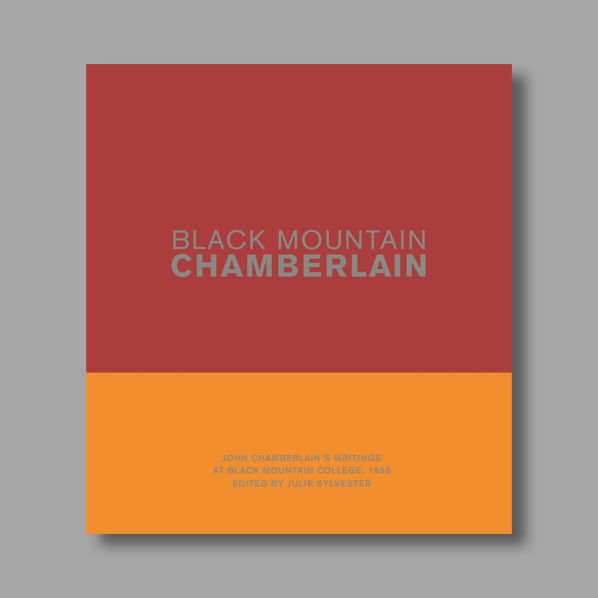 Availability: In stock
Special Price $35.96 Regular Price $39.95
Members save 10–20%. Join or log in .
Hardcover. 104 pages. 0.5" H x 10.6" L x 9.6" W
Description
In 1955, long before he became famous for his abstract metal sculptures, John Chamberlain lived at Black Mountain College, writing poetry alongside Robert Creeley, Robert Duncan, and Charles Olson. By the time he moved to New York City in 1956 and began to develop his unique sculptural style, Chamberlain had completed a series of poems with marginal comments by Olson and himself, but the work remained unpublished and unknown—until now. In Black Mountain Chamberlain, Julie Sylvester presents a facsimile of this fascinating typescript along with an introduction based on interviews conducted with Chamberlain in the 1980s, conversations in which he described the strong connections between the poems and his later work.

At first glance, Chamberlain’s delicate and quiet poems appear to be the antithesis of his bold and brash sculpture. But in the introduction Chamberlain says that in fact the way he made poems at Black Mountain influenced the way he made sculptures throughout his career: “It’s actually doing things in the same way, with words or with metal. It’s all in the fit.”